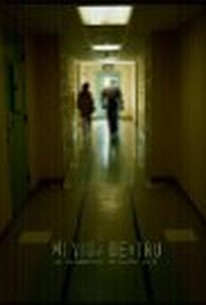 A controversial court case involving an illegal immigrant and the death of a young child is examined in this documentary by filmmaker Lucia Gaja. Rosa Estela Olvera was born and raised in Ecatepec, a suburb of Mexico City, and in 1999, when she was just seventeen years old, Rosa decided to quit school and cross the border into the United States in search of work. Rosa ended up in Austin, Texas, where she met Fidel Juarez; Rosa and Fidel fell in love and were soon married. After having a baby, Rosa began picking up work as a babysitter, and soon had a number of regular customers who appreciated her gentle and considerate handling of children. However, after looking after Bryan Gutierrez, a boy less than two years old, Rose was charged with murder when the child was found dead with a lump of paper towel stuck in its throat. Rosa was found guilty and sentenced to 99 years in prison, but in Mi Vida Dentro (aka My Life Inside), Gaja examines the evidence and suggests that Rosa's race and immigration status may have a great deal to do with the verdict and than an innocent woman has been convicted of a crime she did not commit. My Life Inside received its North American premiere at the 2008 Tribeca Film Festival. ~ Mark Deming, Rovi

Critic Reviews for Mi vida dentro (My Life Inside)

There are no critic reviews yet for Mi vida dentro (My Life Inside). Keep checking Rotten Tomatoes for updates!

There are no featured reviews for Mi vida dentro (My Life Inside) at this time.