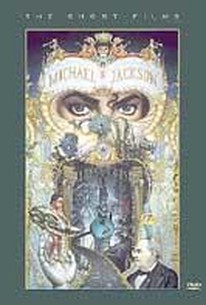 As part of his promotional campaign for the album Dangerous, Michael Jackson helped create a series of elaborate and lavishly produced music videos for songs from the set, and this video brings together the nine short films created to accompany songs from the disc. Videos featured include: "Black and White," the little-seen full-length version; "Remember the Time," featuring Eddie Murphy and Magic Johnson; "In the Closet," with Naomi Campbell; "Jam," including appearances by Michael Jordan, Heavy D., and Kris Kross; "Will You Be There"; "Heal the World"; "Give in to Me"; "Who Is It"; and "Gone Too Soon." Michael Jackson: Dangerous -- The Short Films also features behind-the-scenes footage on the production of several of the videos, as well as additional live performances of Jackson appearing at the 1994 Super Bowl and on the Dangerous concert tour.

There are no critic reviews yet for Michael Jackson: Dangerous - The Short Films. Keep checking Rotten Tomatoes for updates!

There are no featured reviews for Michael Jackson: Dangerous - The Short Films at this time.