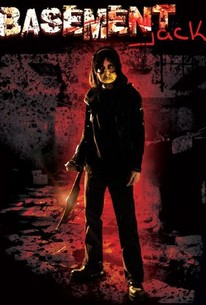 Eleven years after slaying fifteen people including his own mother, serial killer Jack Riley sets out to finish what he started in this low-budget slasher opus. Jack Riley was just seventeen years old when he embarked on the brutal killing spree that earned him the dubious nickname Basement Jack. Eleven years later Jack's still dangerous as ever, and he's about to be released from the state asylum. But no one has forgotten the name Basement Jack, especially not Karen Cook. By slaying the man who slaughtered her family, Karen hopes to end the cycle of suffering that has plagued her for eleven years. But the body count is rising fast, and if Karen truly hopes to prevent another massacre, she'll have to start thinking like a true serial killer.

Nathan Bexton
as The Manager
View All

There are no critic reviews yet for Basement Jack. Keep checking Rotten Tomatoes for updates!

Awesome movie! It has a cool little story to it, along with some pretty outrageous kills. Basement Jack should be a new horror icon, I love him and the idea of him. I enjoyed this one!