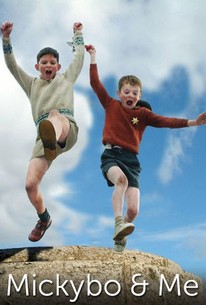 Terry Loane's period comedy-drama Jonjo and Mickybo (also released under the title Mickybo and Me) unravels in Belfast, Ireland circa 1970, at the outset of the violence that began to erupt at that time and plagued the country for decades. It observes the allegorical friendship that develops between two young boys living on radically opposed sides of the city: Micky Boyle (nicknamed Mickybo and played by John Joe McNeill) - a consummate troublemaker and one child of many in a large Catholic family - and Johnjo (Niall Wright), an only child torn between the attentions of his mother and his maritally unfaithful father. The two boys hatch a plot to swipe a gun and go on the lam to Australia, as outlaws ala Butch Cassidy and The Sundance Kid.

Critic Reviews for Mickybo & Me

There are no critic reviews yet for Mickybo & Me. Keep checking Rotten Tomatoes for updates!

Audience Reviews for Mickybo & Me