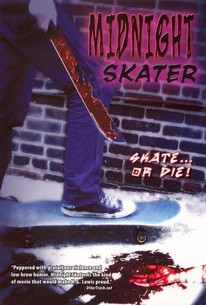 Ashleigh Holeman, Nick Jackson, and Cory Maidens star in a gruesome black comedy detailing a series of disturbing disappearances on a small-town college campus. When a handful of students vanish into this air and the only clues to their whereabouts are a disfigured corpse and the name "Midnight Skater," their concerned peers set down a dark road filled with drugs and deception in hopes of cracking the difficult case. It's a formidable gauntlet to be sure, and though some of the young investigators may survive to see the mystery solved, odds are that most will never be heard from again.

What makes Midnight Skater such an enigmatic piece of enjoyment is the principle that...the film is just a bunch of friends, all out to share...the joy of creating.

There are no featured reviews for Midnight Skater at this time.