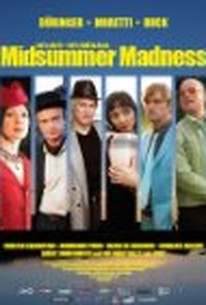 Chaos and quirk reign in this sweetly funny film set in Latvia. An American's arrival in the Baltic country coincides with the Summer Solstice of the year, and he would rather be anywhere else in the world. As he searches for his half-sister, he encounters a cab driver who gives him fondness for this strange country. Midsummer Madness stars Pulp Fiction's Maria de Medeiros and Amelie's Dominique Pinon. ~ Kimber Myers, Rovi

There are no critic reviews yet for Midsummer Madness,(Janu nakts). Keep checking Rotten Tomatoes for updates!

There are no featured audience reviews yet. Click the link below to see what others say about Midsummer Madness,(Janu nakts)!