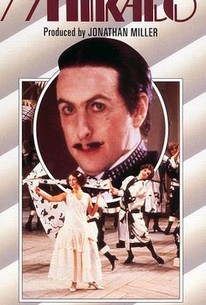 Monty Python alum Eric Idle stars in an English National Opera production of Gilbert and Sullivan's classic comic opera, which relocates the setting of the original story from ancient Japan to a 1920s-era seaside resort in England. The Mikado has declared flirting to be a capital crime. Sentenced to death for his amorous banter, Ko-Ko (Idle) subsequently experiences a strange twist of fate that finds him assuming the role of "Lord High Executioner." But before Ko-Ko can sever the heads of any prisoners, he must first behead himself. Later, when the Mikado calls for an execution, Ko-Ko finds himself in the middle of a dire predicament involving his fiancée Yum-Yum and the ruler's son. Now, if Ko-Ko is to make it out of the situation alive, he must use his skills as an entertainer to keep the Mikado distracted from the grim task at hand.

There are no critic reviews yet for Mikado. Keep checking Rotten Tomatoes for updates!

There are no featured audience reviews yet. Click the link below to see what others say about Mikado!