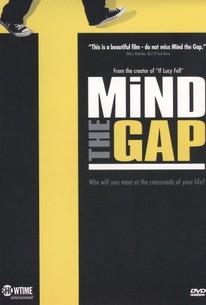 A handful of New Yorkers with little in common cross one another's paths as they try to sort out their romantic and emotional troubles in this comedy drama from writer and director Eric Schaeffer. Sam Blue (Eric Schaeffer) is a single father who is raising a ten-year-old son, Rocky (Christopher Kovaleski), on his own. Rocky was conceived using an egg Sam purchased on the Internet; after being left at the altar by his fiancée, Sam isn't sure he can stand the pain of another romance, though Rocky wishes he could have a mom. Herb Schweitzer (Alan King) is an elderly man with a sour personality who has pledged to honor the memory of a deceased friend by walking from his apartment to a beach in Manhattan. However, the trip will cover many miles, and these days Herb can barely shuffle to the end of the block. Jody Buller (Jill Sobule) is an eccentric street musician who was given a pacemaker for her weak heart as a child. Jody is convinced this means a broken heart would be fatal, despite her doctor's efforts to convince her otherwise. Malissa Zubach (Elizabeth Reaser) is a young woman who dreams of traveling to other lands, but is stuck in a trailer home caring for her dying mother. Hoping to get a sense of the outside world, Malissa persuades pen pals across the globe to record audio tapes in public places so she can hear the places she wants to see. And John McCabe (Charles Parnell) is a man still struggling to come to terms with the collapse of his marriage, brought on by his own infidelity. Mind the Gap received its world premiere at the 2003 South by Southwest Film Festival, where it received the Special Jury Award for Narrative Feature.

Dolores McDougal
as Woman on Street

Dolores MacDougal
as Woman on Street

Marcus A. Charles
as David

Lauren Schnipper
as Woman With Dog

Nicholas Kaufmann
as Boy on Bicycle

Critic Reviews for Mind the Gap

The coincidences are almost all supremely transparent and the characters gratingly quirky, two faults that committed acting almost redeems. But not quite.

There are a couple of affecting moments here and there, but they are lost amid more than two snail-paced hours of often maudlin tedium.

You can see what's coming five minutes into the movie, but capable acting lends it a certain superficial charm.

An overly ambitious, overly complex and overly long opus that bites off more than it can chew.

Schaeffer, known for the quirky romantic comedies, goes a more serious route in this disappointing anthology of stories about love and forgiveness.

It's moving, poignant, funny, and charming. Best of all, the characters get the closure they need and when they find renewed hope, it lifts your spirits.

Because the performances are so true, we believe in these people, even when they're doing unbearably wacky things.

Despite its flaws, Mind the Gap comes together as a beautiful portrait of seemingly unrelated ties that lead to important shifts in the lives of total strangers.

Schaeffer's voice represents the Average Joe in a bar who thinks he has all the answers about the human condition but has nothing interesting to say. Yet, he keeps talking.

This is a solid under-the-radar sleeper.

Audience Reviews for Mind the Gap

There are no featured audience reviews yet. Click the link below to see what others say about Mind the Gap!