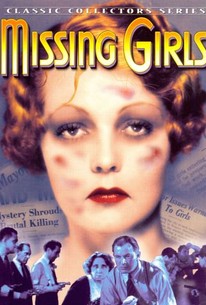 A couple of naïve girls get themselves unwittingly involved in the gambling racket in this Poverty Row production directed by the redoubtable Phil Rosen. Runaway Ann Jason (Ann Doran) finds shelter in big, bad New York City with the Traveler's Aid Society, one of those organizations run by bored socialites. The socialite in question is Dorothy Benson (Muriel Evans), the daughter of a state senator (Wallis Clark) who is advocating a bill that would legalize gambling and make the profits taxable. But the senator is murdered by gangster Ben Davis (Noel Madison), who is confident that the blame will fall on racketeer Dan Collins (Sidney Blackmer), the senator's foe. Investigating newspaper reporter Jimmie Dugan (Roger Pryor), meanwhile, would rather go to prison than divulge his sources but changes his mind when Davis kidnaps Ann and Dorothy. Disguised as a hobo, Jimmie locates both the girls and the gangsters and after the inevitable showdown reveals that he is an undercover G-Man.

There are no critic reviews yet for Missing Girls. Keep checking Rotten Tomatoes for updates!

There are no featured reviews for Missing Girls at this time.