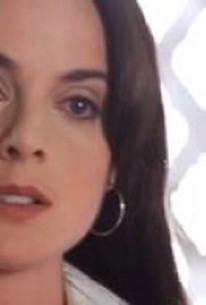 Based on the actual events of one of the most horrific cases of child abuse ever to be documented, this haunting drama tells the tale of a young girl so severely affected by her traumatic experiences that she was unable to integrate into society after being rescued from her tormenting parents. When thirteen-year-old Katie Standon (Tarra Steele) was discovered in the early days of November 1970, the nation was shocked to learn that she had been isolated by her parents for fourteen years; spending her days in a closet wearing diapers and unable to utter a word. Assigned to social worker Sandra (Melissa Errico), Katie attempts to reintegrate herself into society, though her progress is tragically hindered by abusive Dr. Judy Bingham (Sean Young).

Where's the media attention and the constant attempts to take advantage of the poor girl? Even the lackluster Nell got that right.

Absolutely heartbreaking and knowing that it's based on real events... UGH! I can't stand it. The ending nearly killed me as I was looking towards a different way of it. My biggest cause that I support is and will always be abuse to a child and this has to be one of the worst lives of a child I have heard about. My heart aches for Katie even though she is now grown and doing who knows how well. Though not a real graphic movie it will have you cringing just thinking about it.

Heartbreaking (true!) story about a child whom the system failed miserably. The sytem that should have protected and nurtured her broke down at every point, and the one person who cared about her and saw the person she could become was cut off and ultimately banished from her life. Production values however remind this viewer of a 1970s made-for-TV movie. The girl who plays the "wild child" (Tara Steele) is phenomenal. Ms Errico is empathetic as the social worker who was assigned to document her progress and who became captivated by the frightened human being who was beginning to learn how to cope. The rest of the cast was standard stereotype. I wish I could say that something like this could not happen today, that our ability to care for severely damaged children has improved and the system is designed to managed these cases more humanely. I wish that were true. I will give it three stars because of the powerful emotions it engendered, but it could have been done so much better.