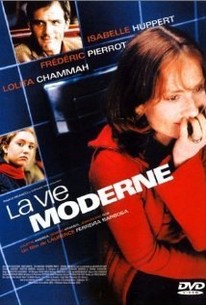 Noted French filmmaker Laurence Ferreira Barbosa directs this loosely-structured triptych about a trio of unconnected people who struggle through the loneliness of their lives. Impetuous 17-year-old Marguerite (Lolita Chammah), who feels cut off from both her family and classmates, passes the time by talking to God. Eventually, she decides to enter a convent. Meanwhile, housewife Claire (Isabelle Hubbert) is frustrated after ten years of childless marriage. While going to visit a fertility expert in Paris, she happens upon an old lover, gets picked up by some guy at a bar and has a bizarre encounter with an America singer (Robert Kramer). Meantime, Jacques (Frederic Pierrot) is divorced, unemployed, and loathed by his daughter. Just as his life looks one long exercise in desperate futility, he meets comely Eva (Juliette Andrea). Suddenly, he transforms himself into a private dick, trying to track down a missing associate. ~ Jonathan Crow, Rovi

There are no critic reviews yet for Modern Life (La Vie moderne). Keep checking Rotten Tomatoes for updates!

There are no featured reviews for Modern Life (La Vie moderne) at this time.