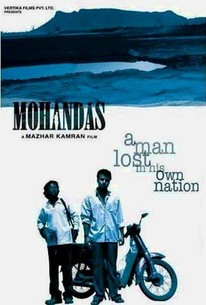 One man learns the hard way about the injustices of India's legal and class system in this drama. Mohandas (Nakul Vaid) was born into a poor but hard working family who support themselves by weaving baskets. Mohandas is bright and ambitious, and a strong student; his grades impress the personnel manager at a large mining company, and Mohandas seems poised to land a good job that will allow him to help his family. But the formal job offer never comes, and months later Mohandas discovers to his shock someone has stolen his identity and taken the job in his place. Mohandas is able to find a lawyer willing to help him, but the deeper they dig into the imposter's scam, the harder it is to persuade either the law or the employers of the truth, especially given Mohandas's lower class background. Mohandas's story comes to the attention of Meghna Sengupta (Sonali Kulkarni), a television journalist, who sees an opportunity to help herself while exposing a scandal. Mohandas was the first feature film from director Mazhar Kamran.

Mazhar Khan's debut feature, based on a short story of the same name by well-known writer Uday Prakash, has a wonderful sense of place and time.

There are no featured reviews for Mohandas at this time.