Molokai: The Story of Father Damien1999 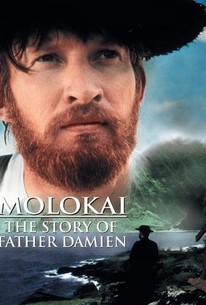 Based on the true story of a priest who risked his life in order to help people no one else would touch (a wager he would eventually lose), Father Damien stars David Wenham as the titular Belgian saint. In 1872, Damien, a young Catholic priest serving as a missionary near Hawaii, volunteers to spend three months working in a colony for victims of leprosy on the island of Molokai. When he arrives, he discovers the lepers have been herded to a barely inhabitable part of the island where they're treated like animals. Damien is shocked, and makes it his crusade to improve the lives of the lepers, planting trees to help buffer the island's strong winds and building huts to house the sicker members of the tribe. Damien also concerns himself with their spiritual needs, restoring a sense of dignity and self-respect among the diseased and urging them away from drinking, sex, and other sinful behavior. At first, Damien's pleas to the mainland for medicine, supplies, and medical help fall on deaf ears, but soon the press picks up on Damien's story -- which only angers the Hawaiian government, who would prefer the plight of the lepers be forgotten. Damien is destined to spend the last years of his life on Molokai when he contacts the disease himself, working to ease the pain of his fellow victims to his last breath. Father Damien boasts a star-studded supporting cast, including Sam Neill, Peter O'Toole, Leo McKern, Kris Kristofferson, and Derek Jacobi.

Critic Reviews for Molokai: The Story of Father Damien

The edifying, at times wrenching story of the 19th-century 'Apostle to the Lepers'… an inspiring, challenging depiction of Christian service and charity.

"Molokai is a stirring and humbling film that you will never forget."

I am glad I saw it, even if I was not entertained.

Audience Reviews for Molokai: The Story of Father Damien

Stunning cinema and a story that deserves to be captured on film. Truly memorable.

Deeply disturbing, depressing and yet full of beauty and redemption.