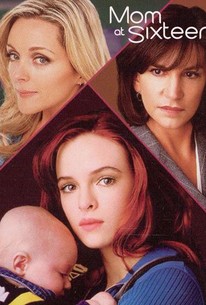 The new girl in town is 16-year-old Jacey Jeffries (Danielle Panabaker), who lives with her divorced mother, Terry (Mercedes Ruehl), and her two siblings. A popular and highly intelligent student, not to mention a talented athlete, Jacey nonetheless seems to be harboring a private, profound sadness -- or at least that's the perception of her high-school guidance counselor, Donna Cooper (Jane Krakowski). Ultimately Donna figures out the truth behind Jacey's melancholia: her baby "brother" Charlie is actually her own son, born out of wedlock and raised by Jacey's overbearing mother in a misguided effort to shield her daughter from disgrace. Upon discovering Jacey's secret, Donna takes a special interest in the girl's welfare -- an interest undoubtedly fueled by the fact that Donna herself is unable to have children. The scenes taking place in the sex-education class have an air of reality often lacking in made-for-TV films, due to the fact that the young actors playing the students were encouraged to improvise their dialogue. Produced for the Lifetime cable network, Mom at Sixteen first aired on March 21, 2005.

Hollis McLaren
as Marlene
View All

Critic Reviews for Mom at Sixteen

There are no critic reviews yet for Mom at Sixteen. Keep checking Rotten Tomatoes for updates!

Audience Reviews for Mom at Sixteen

Not the best made-for-tv movie by any means...

I totally watched this. Not only that, but my friends and I paid to rent it too, just because the title made us laugh. The cheese alone wasn't enough to redeem the film, but it's pretty ridiculous.