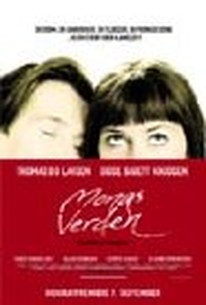 Mona (Sidse Babett Knudsen) is a shy, repressed accountant at a posh advertising firm whose social ineptness is exacerbated by her proclivity to daydream. One day, fate intervenes in her otherwise boring life: Taken hostage during a bank robbery, Mona becomes the object of desire for Thorbjorn (Thomas Bo Larsen), one of the robbers. After she escapes, Mona is pursued by her would-be suitor, despite his partner's desire to have her killed. Mona, however, isn't interested in Thorbjorn, preferring instead to dream about a hunky billboard model (Mads Mikkelsen). Fortunately for them both, she soon wises up, and begins to see what she's been missing. Mona's World had its U.S. premiere at the 2002 Philadelphia Festival of World Cinema.

There are no critic reviews yet for Monas verden. Keep checking Rotten Tomatoes for updates!

There are no featured reviews for Monas verden at this time.