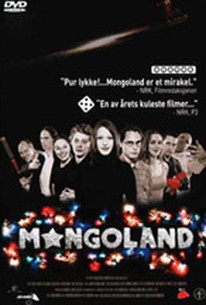 In this offbeat comedy, 25-year-old Pia (Pia Tjelta) left her home in Norway to try her luck at a new career in London, but has come home after six months away to visit her family for the holidays. She soon discovers things are a good bit different since she left; her former boyfriend Kristoffer (Kristoffer Joner) has disappeared, and her friends don't seem to be doing especially well -- among them a guitar player whose record deal has fallen through and a hip-hop artist who thinks he's run out of things to rap about. Pia wants to give her relationship with Kristoffer one more chance, but first she has to figure out where he's gone. Mongoland was the first feature from writer and director Arild Ostin Ommundsen. ~ Mark Deming, Rovi

There are no critic reviews yet for Mongoland. Keep checking Rotten Tomatoes for updates!

There are no featured audience reviews yet. Click the link below to see what others say about Mongoland!