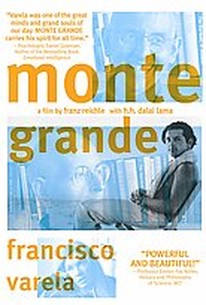 It marked a tedious, at times excruciatingly difficult pursuit, but the Chilean-born neurobiologist Francisco Varela (1946-2001) spent his 55 years attempting to define how an individual's body and mind can become unified into a cohesive, integrated whole - a concept known as autopoiesis. From that conceptual springboard, Varela moved into systematic, non-linear investigations of such areas as consciousness, ethics, death and meditation. As directed by Franz Reichle, this documentary program explores many of Varela's beliefs, teachings and discoveries, supplemented by his own reflections and those of friends, family and colleagues. Participants include Evan Thompson, Jean-Pierre Dupuy, The 14th Dalai Lama and many others.

Critic Reviews for Monte Grande: What Is Life?

There are no critic reviews yet for Monte Grande: What Is Life?. Keep checking Rotten Tomatoes for updates!

There are no featured reviews for Monte Grande: What Is Life? at this time.

Monte Grande: What Is Life? Quotes