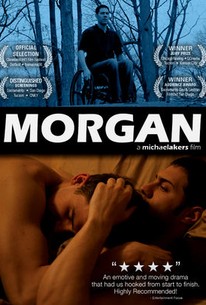 Promising athlete Morgan strives to remain active after being paralyzed in a bike race, and convinces his new love interest Dean to train him to compete in the same race that nearly killed him. Later, when Dean begins to sense that Morgan would sooner risk death than lose the race, he leaves. Now torn between his desire to win and his need for love, Morgan attempts to summon the courage to face his fears, and find out what he's really made of.

There are no featured audience reviews yet. Click the link below to see what others say about Morgan!