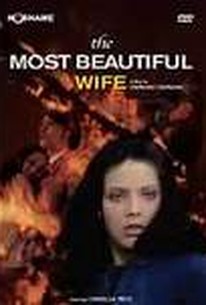 A 16 year old girl rebels against Sicilian tradition by refusing to partake in a pre-arranged marriage. When Francesca (Ornella Muti) is kidnapped and raped by the nephew of the local mafia Don, her accusations sends the rapist to jail. She confides in the local police chief (Pier Luigi Apra) when her friends and family are reluctant to help her out of their fear for mob reprisals. Tano Cimarosa is the frightened father who can offer no help to Francesca. A teenage hit man sent to kill Francesca falls in love with his intended victim. The two teenage lovers become caught between the law and the lawless in this romantic melodrama. ~ Dan Pavlides, Rovi

Critic Reviews for The Most Beautiful Wife

Damiano Damiani unfolds the story with patience, laying out the sociopolitical attitudes and class discrepancies before having his brave and strong-willed heroine tackle them head-on.

There are no featured reviews for The Most Beautiful Wife at this time.

The Most Beautiful Wife Quotes