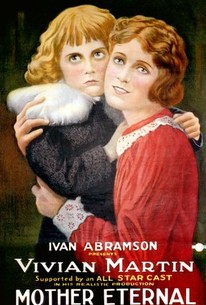 Filmmaker Ivan Abramson's claim to fame was his heavy-handed, moralistic dramas, but this one misses because its lead characters are not very sympathetic. When her husband, a strikebreaker, is killed, Alice Baldwin (Vivian Martin) finds it hard to support both her daughter Mary (Ruth Sullivan) and her newborn son. With the help of a doctor (Earl Metcalfe), she gives up the infant to the factory owner and his wife. Mary grows up (to be played by Pearl Shepard) and becomes a spoiled, willful young woman. She marries a man who is no better than she is, and Alice, now grown old, realizes she is not wanted in her daughter's home. She tells Mary she is leaving to stay with a friend in the country and throws herself into the river. She is saved by a young man -- who just happens to be her son. He takes her home, where the truth of his origins is revealed. He welcomes her into his home, and she receives the love and appreciation she never got from Mary. ~ Janiss Garza, Rovi

Mr. Abramson wrote and directed the picture himself and he has done well.

There are no featured reviews for Mother Eternal at this time.