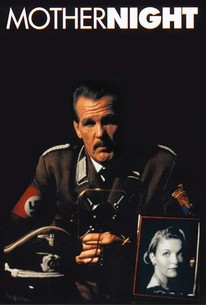 Howard W. Campbell Jr. (Nick Nolte) is an American playwright living in pre-World War II Berlin. He is happily married to his lovely wife Helga (Sheryl Lee), and is acclaimed for his work, which gains him entree into Berlin's highest political and social circles. Then one day he's approached by Frank Wirtenan (John Goodman), an American intelligence agent who offers Campbell the opportunity to spy for his country. Campbell refuses. He wonders why he was asked. "You're obsessed with the notion of pure hearts and heroism. You love good and you hate evil ...and you'd sacrifice anything in the name of romance," Wirtenan tells him. So Campbell agrees. He seamlessly infiltrates the Nazis and gets a job spewing hateful Nazi propaganda on a weekly radio show beamed across Europe. He barely survives the war, his wife supposedly doesn't, and finds himself living in New York City, penniless and befriended by a next-door neighbor, a painter and fellow widower (Alan Arkin). He might have lived quietly beyond that, but gets found by a ragged group of American neo-Nazis -- and, incredibly, his wife. The neo-Nazis publicize his presence and he learns that his neighbor is actually a spy and that his wife is really her little sister. Guilt-stricken and alone, Campbell turns himself in to the Israelis, who charge him with being a war criminal. He's about to go on trial in Israel when he receives a letter from Wirteman promising to reveal his heroic spying and exonerate him, but Campbell hangs himself in his cell.

David Strathairn
as Bernard B. O'Hare

Don Jordan
as Cop
View All

Does the film work? Not really. It loses itself in comic caricatures of the loonies that Campbell meets in New York; and its melodramatic double-reverses, by making the plot seem arbitrary, rob it of importance.

A serious drama that is also funny without crossing into burlesque.

Frankie Faison comes the closest to Vonnegut's spirit in his bold caricature of the Black Fuehrer of Harlem.

Helps us to see that there is no escaping the burdens of living in a political world.

Tight script and direction with some good performances in this underrated WW2 drama.