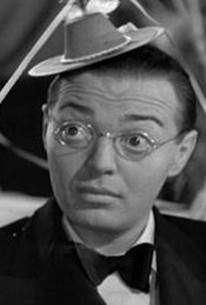 This eighth (and final) entry in 20th Century-Fox's "Mr. Moto" series once again stars Peter Lorre as J. P. Marquand's resourceful and unfailingly polite Japanese detective. When American archeologist Howard Stevens (John King) recovers the ancient crown of the Queen of Sheba, the priceless artifact is shipped to the San Francisco Museum. Ostensibly on vacation, Mr. Moto shows up in Frisco to guard the crown from a notorious master thief, whom everyone assumes is dead. Using a variety of disguises, the very-much-alive thief succeeds in pilfering the crown-only to discover that Moto has remained three steps ahead of him throughout the film. Without revealing the villain's identity, it can be noted that the supporting cast includes such "usual suspects" as Lionel Atwill, Joseph Schildkraut, Victor Varconi, G. P. Huntley and Morgan Wallace, all of whom look incredibly guilty.

G.P. Huntley
as Rollo
View All

There are no critic reviews yet for Mr. Moto Takes a Vacation. Keep checking Rotten Tomatoes for updates!

There are no featured audience reviews yet. Click the link below to see what others say about Mr. Moto Takes a Vacation!