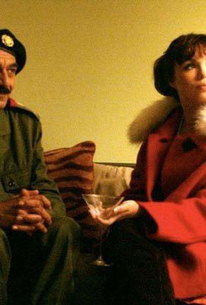 1990, Baghdad: Mounir, an impressionable and sheltered Saddam Hussein body-double, is blissfully unaware of the impending events that vow to unravel his life. When an angry dissenter attacks him and leaves behind an unsightly facial scar, Mounir suddenly finds himself without a job or a home. Looking for a fresh start, he heads to Los Angeles -- the place where every nobody goes to become a somebody. Taking advantage of his newfound anonymity in a land where scant few have yet heard of Saddam, Mounir struggles to adapt to life in his new home.However, just as he grows accustomed to the American way of life, the real Saddam invades Kuwait, sparking international condemnation and threatening to destroy Mounir's entire existence. Finally learning the truth about the Iraqi dictator, Mounir decides to shed his Saddam persona forever. The only problem is that he doesn't know how to be anyone else.With the FBI suddenly hot on his trail, Mounir journeys through the streets of Los Angeles and American culture on a surreal quest to rediscover the love, adoration and fame he once knew. --© Official Site

The film is impeccably cast; it's shot and cut well. Unfortunately, the secret of comedy is that it's the highest form of suspense, and Mr. Sadman is just too bleakly episodic.

When he?s scarred in an assassination attempt on the eve of the Kuwait invasion, a mute Saddam Hussein body double with no skills or interests beyond impersonating the Iraqi dictator loses his job and moves to Los Angeles to start his life over. An uneven indie comedy/satire, but the late Al No'mani gives a wonderful performance that carries the film, investing his silent character with a surprising amount of humanity and making the audience really care for him.