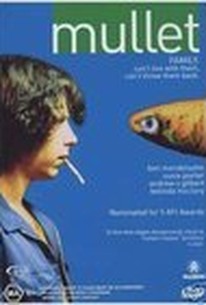 A prodigal son returns home to a decidedly unenthusiastic reception in this dryly witty comedy-drama. Eddie (Ben Mendelsohn) grew up in Coollawarra, a small fishing community along Australia's southern coast. In his teens, Eddie gained the nickname "mullet" -- referring not to the neck-warmer hair style, but to a small fish that's plentiful in local waters but no one cares to eat. One day, Eddie packed up and left Coollawarra without warning, spending three years in nearby Sydney, but just as abruptly, he returns to his hometown and sets up housekeeping in an aging mobile home. Eddie soon discovers that things have changed a bit while he was away; the local fishing spots are no longer producing much catch, his parents (Tony Barry and Kris McQuade) are arguing even more than usual, his sister Robbie (Peta Brady) isn't so sure how she feels about having Eddie back in town, and his brother Pete (Andrew S. Gilbert) has gotten married -- to Eddie's old girlfriend, Tully (Susie Porter). Mullet also features Belinda McClory as Kay, the local barmaid who narrates the story. ~ Mark Deming, Rovi

There are no critic reviews yet for Mullet. Keep checking Rotten Tomatoes for updates!

There are no featured reviews for Mullet at this time.