Murder at the Gallop1963 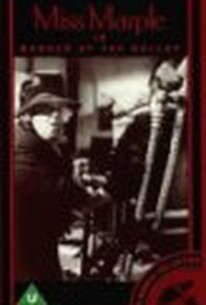 Murder at the Gallop Photos

This is one of a series of competent murder mysteries directed by George Pollock based on the Agatha Christie character, Miss Marple. Margaret Rutherford stars as the grey-haired, wily sleuth who will not give up until all the pieces of a puzzle have been neatly put in place. This time around, an old village recluse is found dead and everyone except Miss Marple believes he had a heart attack. She is suspicious because four members of the dead man's family stand to benefit from his death, especially when a highly valuable painting is added into the kitty. As she follows her instincts and logic, a few more murders eliminate the same number of suspects, and Miss Marple is compelled to lend haste to her investigation before someone else turns up dead. ~ Eleanor Mannikka, Rovi

Critic Reviews for Murder at the Gallop

Enjoyable and competently made standard whodunit in the Miss Marple series.

The story follows the general pattern set forth in the first movie.... The major difference is that this one is a bit more amusing than the first.

As usual, Rutherford's Miss Marple is a plus.

Audience Reviews for Murder at the Gallop

Margaret Rutherford is a great Miss Marple but the story is lacking a bit.

Murder at the Gallop Quotes