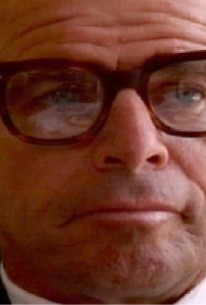 The made-for-TV Murder C.O.D. has a plot almost as complex and clever as its psychotic "protagonist." William Devane plays an adroit hitman who selects his victims before he's been hired to kill them. His modus operandi is to approach the person or persons who'd most benefit from the murder, then charge a $100,000 fee to go through with the plan. Patrick Duffy is the cop on the case, who periodically runs out of breath trying to keep up with the slippery Devane. While Duffy loses the acting sweepstakes to Devane, the viewer can be assured that Duffy's character in Murder C.O.D. will emerge triumphant.

Will Kepper
as Jimmy Reston

Timi Prulhiere
as Rebecca
View All

There are no critic reviews yet for Murder C.O.D.. Keep checking Rotten Tomatoes for updates!

There are no featured reviews for Murder C.O.D. at this time.