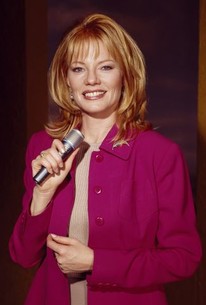 In the middle of a live talk-show telecast hosted by the supremely arrogant Pia Postman (Marg Helgenberger), audience member Frank McGrath (David Morse) suddenly pulls out a gun and seizes control of the studio. Slapping a piece of tape over Pia's mouth (a moment that is invariably applauded by viewers surfeited with "confrontational" TV talkfests!), Frank threatens to kill her on the air, holding her responsible for the suicide of his daughter -- and just in case the police think of storming the broadcast, Frank has strapped a bomb to himself and will blow up everyone in the studio, including himself, if anyone tries to stop him. Ultimately, Pia is allowed to speak in her own defense before her execution is carried out, and what follows is a grotesque parody of the Jenny Jones-Jerry Springer school of in-your-face tabloid television, with both Pia and Frank trading verbal barbs with the terrified audience and crew members, not to mention the viewers calling in. Meanwhile, SWAT leader Clay Maloney (Peter Horton, who also co-wrote the film) races against time to defuse the situation before blood can be shed in living color in front of an audience of millions. Filmed in "real time" (just as if it were really a talk-show broadcast), Murder Live! borders on the ridiculous on occasion, but that doesn't make it any less entertaining. The made-for-TV meller first aired over NBC on March 9, 1997.

Mandy Levin
as Rita
View All

There are no critic reviews yet for Murder Live!. Keep checking Rotten Tomatoes for updates!

There are no featured reviews for Murder Live! at this time.