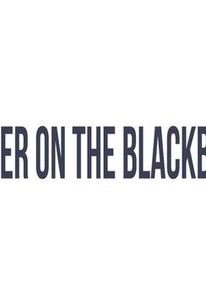 Edna May Oliver makes the second of her three appearances as Stuart Palmer's crime-solving schoolteacher Hildegarde Withers in RKO Radio's Murder on the Blackboard. The plot begins to percolate when a young female music teacher is murdered in her classroom late at night. Also on the campus is Hildegarde Withers, staying after hours to punish an unruly student. Upon discovering the dead woman's body, Hildegarde tries to solve the mystery herself, much to the dismay of the eternally exasperated Inspector Oscar Piper (James Gleason). Clues essential to the action are a dead ant at the bottom of a liquor glass, a half-empty bottle of scotch, a blood-stained woman's slipper, and (per the title) a musical notation chalked on a blackboard, which when deciphered reveals the killer's identity.

Edna May Oliver
as Hildegarde Withers

Critic Reviews for Murder on the Blackboard

Edna May Oliver is as good a comedienne as she is a detective.

There are no featured reviews for Murder on the Blackboard at this time.

Murder on the Blackboard Quotes