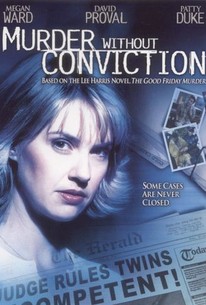 A former nun moves into the suburban home of her deceased aunt only to make a shocking discovery concerning a gruesome crime committed thirty years ago in director Kevin Conner's twisting tale of murder, matricide, and injustice. Together, prodigious savants James and Edward Talley's remarkable brilliance was nearly incalculable, but a sudden act of cold-blooded murder would find them forever confined to separate mental health institutions by strict court order. Ordered to spend the rest of his days at the Greenwillow care center for developmentally disabled adults, James Talley is housed in the same facility as ex-nun Christine Bennett (Megan Ward)'s cousin Gene (Matt Lutz). Upon moving into her aunt's former home in a bid to be closer to Gene, Christine becomes transfixed on the details of the Talley case and soon learns that, despite their current status as a danger to society, neither James nor Edward had ever been officially charged with the crime they were committed for. With the future of the Greenwillow care facility on the line, Christine vows to find out what really happened on that tragic night three decades ago, and ensure that her brother Gene and the other innocent souls housed at Greenwillow will always have a place to call home.

Peter Janosi
as Off. Jenson

Critic Reviews for Murder Without Conviction

There are no critic reviews yet for Murder Without Conviction. Keep checking Rotten Tomatoes for updates!

There are no featured reviews for Murder Without Conviction at this time.