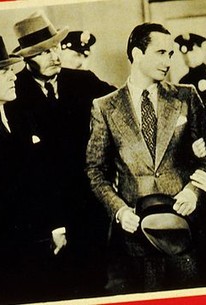 The "suspense" in the RKO Radio musical comedy Music for Madame lies in whether or not golden-voiced Operatic tenor Nino Martini will be permitted to sing. En route to Hollywood, Tonio (Martini) is hoodwinked into serenading a wedding party while a gang of jewel thieves clean out the place. The crooks head for the hills, but not before threatening to murder Tonio if he ever sings again (his voice, you see, is the only clue the police have to go by). While pondering the future of his career, our hero falls in love with beautiful Jean (Joan Fontaine) and is sorely tempted to express his ardor in song. Music for Madame was Jesse L. Lasky's first RKO production -- and very nearly his last when the picture lost $375,000 for the studio.

Barbara Pepper
as Blonde on Bus

Russell Powell
as "Asleep in the Deep" Singer

James Donlan
as Suspect with Cold

Russ Powell
as `Asleep in the Deep' Singer

Ward Bond
as Violet, the Henchman

Jack George
as Violinist
View All

Critic Reviews for Music for Madame

This proves that it was really the director who made Nino Martini so entertaining in the Gay Desperado.

Audience Reviews for Music for Madame

Nino sings like an angel but aside from his performances this is a thin wisp of a film.