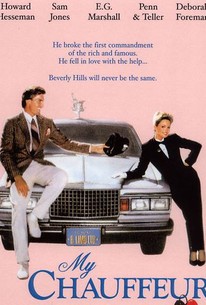 In a well-wrought sex comedy with one foot in the feminist camp and another on a banana peel, Casey Meadows (Deborah Foreman in an excellent performance) defies social custom when she gets a job as a limo driver. The manager of the Brentwood Limousine Company, McBride (Howard Hesseman), and her co-workers give her both a hard time and some of the worst fares possible. She is eventually assigned to chauffeur an overworked executive (Sam Jones) who just broke up with his girlfriend. After drowning his sorrows in the back seat of the limo, the ingrate wakes up in Casey's bed the morning after, refusing to believe he had anything to do with her. Their antagonistic relationship is stressed all the more when she has to drive him on a vacation and the car breaks down. What Casey does not know is that she has not been given the complete scoop on her passenger.

Robin Nolan
as Mother with Baby

Jim Cushinery
as The Wig

Val McCallum
as The Wig

Marty Ross
as The Wig

Bobby J. Tews
as The Wig
View All

Critic Reviews for My Chauffeur

There are no critic reviews yet for My Chauffeur. Keep checking Rotten Tomatoes for updates!

Audience Reviews for My Chauffeur

A charming yet predictable romantic comedy. Foreman is cute and spunky, but the rest of the cast is average. Overall, an okay movie, but not great.