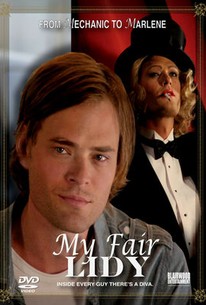 Hard luck blue collar worker Craig Lideman finds his macho perception of the world challenged following a fateful encounter with a prolific drag performer named Miss Sal, who encourages him to pursue a career as a Marlene Dietrich impersonator. Meanwhile, when Lideman's old friends prove to be less than accepting of his cross-dressing endeavor, he discovers the true meaning of loyalty and friendship.

Critic Reviews for My Fair Lidy

There are no critic reviews yet for My Fair Lidy. Keep checking Rotten Tomatoes for updates!

There are no featured reviews for My Fair Lidy at this time.