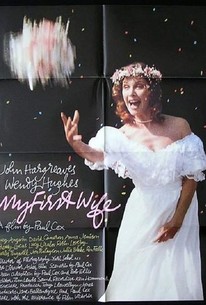 Classical music DJ John Hargreaves neglects his wife Wendy Hughes, who responds by entering into an illicit romance. Upon finding out, Hargreaves leaves Hughes, but doesn't want to tell his parents; they'd never liked Hughes, and he isn't in the mood for a chorus of "I told you so"s. What is already painful for Hargreaves is amplified when his dying father, suspecting that something's wrong, lectures his son on the sanctity of marriage--even a bad one. Director Paul Cox used the Australian My First Wife as a kind of catharsis, to purge himself of ill-will concerning the bust-up of his own marriage. The film won three Australian academy awards, including one for the reluctantly revelatory Cox.

Bianca Russell
as Girl with Dog

Critic Reviews for My First Wife

A disturbing film that takes its soap opera material and makes it into a Mozart opera.

John Hargreaves gives a tour de force performance as a man unhinged by the collapse of his marriage.

There are no featured reviews for My First Wife at this time.