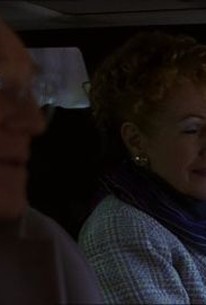 Critics Consensus: Overstuffed and unrealistic, My Kingdom may be worth seeing if only for Richard Harris' typically fine performance.

Critics Consensus: Overstuffed and unrealistic, My Kingdom may be worth seeing if only for Richard Harris' typically fine performance.

Critic Consensus: Overstuffed and unrealistic, My Kingdom may be worth seeing if only for Richard Harris' typically fine performance.

A powerful dynasty, headed by a charismatic, manipulative father, falls when he decides to hand over his criminal empire to his three corrupt and power-hungry daughters. Kath runs a brothel down by the docks, Tracy owns a soccer team and Jo, a former junkie--and prostitute--rejects her inheritance, pitting sisters Kath and Tracy against each other.

Reece Noi
as The Boy

Colin Salmon
as The Chair

James Foy
as Animal
View All

Richard Harris is at his weariest, battle-scarred best...

Neither an effective gangland thriller nor an achieved elegy for a lord undone.

Gaunt, silver-haired and leonine, [Harris] brings a tragic dimension and savage full-bodied wit and cunning to the aging Sandeman.

A baffling subplot involving smuggling drugs inside Danish cows falls flat, and if you're going to alter the Bard's ending, you'd better have a good alternative.

Harris commands the screen, using his frailty to suggest the ravages of a life of corruption and ruthlessness.

It is hard to believe that Harris will better his performance as Sandeman, Liverpool's most feared crime lord.

A fun retelling of the Lear story, taking great liberties with the play's text that makes for a certain amount of suspense even for those intimately familiar with the original.

Would get no love were it not for Harris' powerful performance.

Suffice it to say that Shakespeare's sudden and violent ending doesn't translate well into a British crime drama.

We spend so much time trying desperately to get everything straight in our minds that the raw punch of the material passes us by.

In this, his final film, Harris put in a strong performance - unfortunately everything else is decidedly amateur