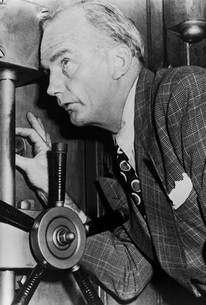 My Six Convicts (My 6 Convicts) Photos

Stanley Kramer's production unit at Columbia Pictures was known for its willingness to tackle subject matter that was not necessarily "box office" (much to the dismay, of course, of Columbia head man Harry Cohn!) Adapted by Michael Blankfort from the autobiography by Donald Powell Wilson, My Six Convicts is the true story of a prison psychologist and his efforts to "reach" his incarcerated patients. John Beal plays the Donald Powell Wilson counterpart, herein known simply as Doc. Convinced that psychological rehabilitation is, indeed, an option, Doc overcomes a great deal of opposition -- from both prison officials and prisoners -- to test out his theories. Once he's won the confidence of hardened safecracker James Connie (Millard Mitchell), Doc is able to bring five more convicts into his circle: murderous mobster Punch Pinero (Gilbert Roland); alcoholic, self-sacrificing Blivens Scott (Marshall Thompson); holdup man Clem Randall (Alf Kjellin); psychopathic killer Dawson (Harry Morgan -- yes, that Harry Morgan); and embezzler Steve Kopac (Jay Adler). These six cons learn to make their life behind bars not only tolerable but productive, and in so doing pass on their new outlook on life to their fellow inmates. Despite the seriousness of the subject matter, My Six Convicts is essentially a comedy, with the all-male cast working together in seamless perfection.

John Monaghan
as Guard
View All

Critic Reviews for My Six Convicts (My 6 Convicts)

One or two incidents are pretty hard to swallow, but the film deals shrewdly and compassionately in human relationships and is often very funny in the bargain.

There are no featured reviews for My Six Convicts (My 6 Convicts) at this time.

My Six Convicts (My 6 Convicts) Quotes