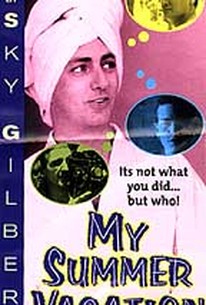 Targeted toward gay audiences, this pseudo-documentary follows the summer exploits of a young homosexual assigned to film everything he does during the summer by his occasional lover who is going to Europe. The film the young man makes chronicles his endeavors to find a relatively steady boy friend. He films many propositions, holds interviews and finally finds a likely candidate in a young college buck who is not sure of his sexuality. ~ Sandra Brennan, Rovi

Critic Reviews for My Summer Vacation

There are no critic reviews yet for My Summer Vacation. Keep checking Rotten Tomatoes for updates!

There are no featured reviews for My Summer Vacation at this time.