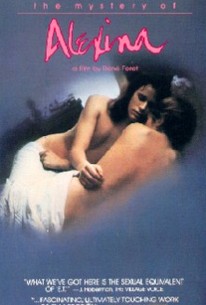 This provocative French drama is based upon the true story of Herculine Adelaide Barbin, a person who lived in the 19th century and grew up assuming that she was a woman. The character in the film is named Alexina. She had been raised in a convent and at 22-years-old, became the town school teacher in La Rochelle. There she is embraced by the locals who quickly befriend her. The trouble begins when she begins having sexual feelings for her roommate, a teacher named Sara. Their bedroom is divided by a curtain and at night, it is pure torture for Alexina who is deeply confused by the lust she feels. Eventually the two embark upon a lesbian romance until Sara remarks that Alexina loves as if she were a man. Their love affair causes a scandal amongst the townsfolk who find it disgusting. Later, Alexina is examined by a physician who discovers that "she" is also a "he," in short, Alexina is a hermaphrodite.

There are no critic reviews yet for Mystère Alexina. Keep checking Rotten Tomatoes for updates!

There are no featured reviews for Mystère Alexina at this time.