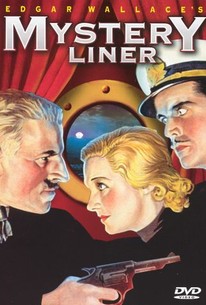 It's dirty work on the high seas in the Monogram melodrama Mystery Liner. Noah Beery stars as Captain Holling, the slightly crazy skipper of a huge ocean liner. Two men are murdered on Hollings' watch, and the passengers are understandably put out. There is no shortage of suspects, but the motive -- the theft of a top-secret remote control radio device -- remains unknown until the final two reels. Other complications include a near-collision at sea, a furtive shipboard romance, and a psychiatrist who demands that Holling return to port immediately, an order which is steadfastly (and disastrously) refused. Reviewers commended the Monogram production staff for doing a lot with a little during the filming of this economical thriller.

Raymond Brown
as His Excellency

Kinda boring, but if you love mystery movies you may find it interesting.