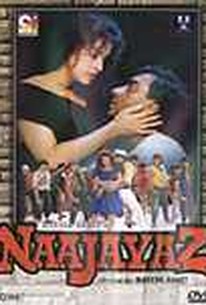 fter migrating to the prosperous city of Bombay with his wife and his servant. Jodhraj Solanki kills the current don and becomes the don. 25 years later when he was leading a life of happiness and prosperity with his wife and son Deepak, he was informed by his wife that he had an illegitimate son Jay Bakshi who was a police officer. This was shocking news - his own son was involved in eradicating crime from the city! His legitimate son Deepak sends a killer to kill Jay. Raj's prompt and timely physical intervention saved Jay but raised the question of why a don would save the life of a police officer. The story takes a dramatic turn when Jay's mother is kidnapped.

There are no critic reviews yet for Naajayaz. Keep checking Rotten Tomatoes for updates!

There are no featured reviews for Naajayaz at this time.