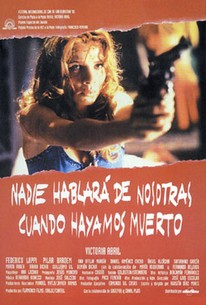 This stylish, taut and unpredictable Spanish thriller is laced with black comedy and social consciousness as it tells the convoluted tale centering on alcoholic, unlucky Gloria Duque, an impoverished Mexico City prostitute. She is first seen performing fellatio on several crooks as they make another drug deal. Something goes awry and violence erupts and two corrupt drug agents and a local gangster die. Eduardo, an Argentine hit man survives and he does not kill Gloria. Just before one of the agents died, he handed Gloria a list of international money-laundering businesses and when things settle down she flies to Madrid, her hometown. There she sees her husband, a bullfighter in an irreversible coma, and begins living off of her mother-in-law's money. Doña Julia cares about her daughter-in-law and tries to get her to give up the booze, go to school and earn a respectable living, but Gloria is stubborn and insists on making it her own way. Unfortunately, her way is to rob a furrier, a front for one of the illicit businesses. Meanwhile, back in Mexico, Eduardo prepares to fly to Spain and complete his latest assignment: to kill Gloria and bring back the valuable list. Fortunately for her, just before Eduardo gets to her, Eduardo sees the light and turns to God instead of killing, but in the end, it is Doña Julia who holds the key to Gloria's final salvation. ~ Sandra Brennan, Rovi

There are no critic reviews yet for Nadie Hablará de Nosotras Cuando Hayamos Muerto (Nobody Will Speak of Us When We're Dead). Keep checking Rotten Tomatoes for updates!

There are no featured reviews for Nadie Hablará de Nosotras Cuando Hayamos Muerto (Nobody Will Speak of Us When We're Dead) at this time.