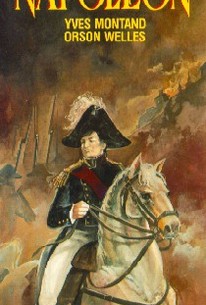 Showing no signs of slowing down in his 70th year, Sacha Guitry served as director and writer of the lavish historical epic Napoleon, and also costarred as Talleyrand. It is now hard to assess the quality of the film, since most American prints are severely edited, and the color photography appallingly washed out. Reviewers in 1955 admired the effort that went into this $1,800,000 production, but complained that the viewer left the film with no deeper understanding of Napoleon Bonaparte than the viewer had had when coming in. Daniel Gelin poses impressively as the young Bonaparte, registering emotion only when things go wrong in his conquest of Europe, while Raymond Pellegrin is somewhat better as the older, more jaded Napoleon (the transition between the two actors is handled in a near-comic fashion). The Revolution is reduced to a few fleeting scenes, while the rest of the film is devoted to political infighting and betrayal. The huge supporting cast includes Michele Morgan as Josephine and Lana Marconi and Dany Robin, respectively, as Napoleon's mistresses Waleska and Desiree.

Luis Mariano
as The Singer Garat

There are no critic reviews yet for Napoleon. Keep checking Rotten Tomatoes for updates!

There are no featured reviews for Napoleon at this time.