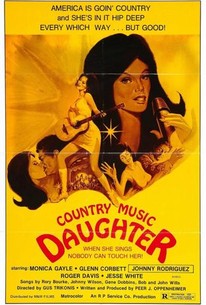 A Kentucky-born maiden realizes her dream of becoming a country music star, but finds that along the way, her single-minded determination has caused her to lose things far more precious than fame or money when she gets involved with corrupt music executives who are really only interested in exploiting her. The film was later retitled Country Music Daughter.

Johnny Rodriguez
as Himself

Leo Gordon
as Burt
View All

There are no critic reviews yet for Nashville Girl. Keep checking Rotten Tomatoes for updates!

There are no featured reviews for Nashville Girl at this time.