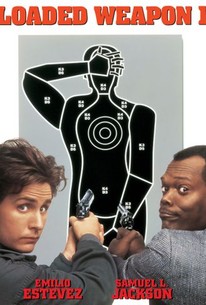 Critics Consensus: Loaded Weapon 1 hits all the routine targets with soft squibs, yielding a tired parody that cycles through its laundry list of references with little comedic verve.

Critics Consensus: Loaded Weapon 1 hits all the routine targets with soft squibs, yielding a tired parody that cycles through its laundry list of references with little comedic verve.

Critic Consensus: Loaded Weapon 1 hits all the routine targets with soft squibs, yielding a tired parody that cycles through its laundry list of references with little comedic verve.

The Lethal Weapon series and the rest of the buddy-cop genre receives the parody treatment in this low-brow comedy. Emilio Estevez stars as Jack Colt, the Mel Gibson-like loose cannon, while Samuel L. Jackson assumes the Danny Glover role as Wes Luger, his exasperated partner. Together, Colt and Luger investigate the murder of Luger's former partner (Whoopi Goldberg) and discover a criminal conspiracy led by the nefarious General Mortars (William Shatner). Hoping to mimic the success of the Naked Gun films, director Gene Quintano (of Police Academy 4 fame) loaded the film with broad visual gags, deadpan slapstick, and gratuitous parodies of The Silence of the Lambs, Basic Instinct, and other movies. The attempt to mimic successful parodies proved ineffective, however, as critics and viewers alike found the parody stale and the juvenile humor dreary.

Bruce Willis
as Man Whose House Is Attacked

Erik Estrada
as Himself

Larry Wilcox
as Himself

Hank Cheyne
as Stormtrooper
View All

There may not be a laugh every minute, but there are enough to satisfy most devotees of the relentlessly silly, tasteless school of parody.

There is enough material to provide grins and, sometimes, guffaws.

If I listened closely, I could hear faint snores. (The more I think about it, they might have been my own.)

A raucous parody of bodies-through-the-plate-glass-window action flicks, the movie has been made in a slavish but pedestrian imitation of the Zucker, Abrahams, and Zucker house style.

More an imitation than a parody, this would-be comedy is very short on laughs and gives away virtually all of them in its coming-attractions trailer.

A new low in lame spoofery.

Neither Estevez nor Jackson displays much sense of comic edge. So after 15 minutes or so, "Loaded Weapon" becomes a shaggy cop story, a pointless joke that runs on ad nauseam.

There are enough serious laughs to suggest that Quintano may give the Abrahams-Zucker team (Naked Gun; Airplane) substantial competition in the mainstream parody business.

I haven't experienced such a silent audience for an alleged comedy since last year's horrid Stop, Or My Mom Will Shoot.

Loaded Weapon 1 delivers with every line of dialogue, every bit of slapstick, and every reference it throws down.

This bid by the National Lampoon team to cash in with some Naked Gun-style spoofery lacks the brainless invention of the latter films, but still manages to score quite a few laughs.

Riding the coat tails of Lethal Weapon and turning upside down, inside out, and sideways, this 75 minute comedic feature entertains more than it annoys.

The humor is slapstick and over the top. The constant barrage of comedy antics require little to no thinking and is easily relatable, and not just focusing on sexual and racist remarks.

Loaded Weapon 1 gets the most out of its humor and is a quick relaxing sit through.

This may be old, this may be cheesy, and this may be a parody, but this has got to be one of the most insanely funny films I have seen! When you stick Samuel L. Jackson in anything, it tends to be good, and in this situation, it was amazing! There are ridiculous references to so many classic films such as Silence Of The Lambs, Wayne's World, Die Hard, and, of course, Lethal Weapon. There's not much to say when it comes down to the story: cop's partner dies (in a ridiculous way), cop annoyed, cop paired up with a rookie, pair try to take down a corporation trying to spread cocaine in cookies, the usual! What I find best about this film is the cameos from people like Charlie Sheen, and the amazingly comical lines, rip-offs and jokes that come out time after time, after time. For those people, however, that do not find much to films such as Scary Movie, or Superhero Movie, stay well away from this film. If not, then please, welcome aboard, and let the film's total randomness entice you and take you on a hysterical journey...

Second-rate spoof flick with an embarrasingly low laugh count. I really wanted to like this, but with all the clumsy directing and even worse writing, it's more like the 90's equivalent of a Seltzer & Friedberg movie. Jokes need to be witty and rapid in order to work within the parody realm, and here they are neither. I might have been better if they had given the lead role to Charlie Sheen. But instead he just gets a small cameo, while his lesser-talented brother Emilio takes up most of the screen time. A watchable "comedy" overall, but if you were to ask for my advice, I'd suggest you take a pass on it.

An hilarious spoof of Lethal Weapon and just buddy cop movies in general. The cast is impressive, too, I loved seeing Shatner as the bad guy, especially. This is probably one of the best spoof movies of the 90s.