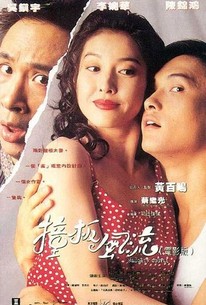 Clifford Choi Kai-kwong adapts this popular romantic comedy of errors from the stage to the silver screen. Ma Kam-hang (Francis Ng Chun-yu) is a nebbish owner of a children's book publishing house who had the good fortune to marry the vivacious Ivy (Anita Le Yuen-wah). For their seventh anniversary, Ma plans to take his wife out for a night on the town. He also agrees to let his buddy Henry (Sunny Chan Kam-hung) use their apartment for an illicit liaison. Unfortunately, Ivy promises the same to her friend Linda who also happens to be Henry's wife. And if that weren't enough romantic tomfoolery, Ma's servant and handyman plan to use the pad for a tryst of their own. ~ Jonathan Crow, Rovi

There are no critic reviews yet for Naughty Couple (Zhuang ban feng liu). Keep checking Rotten Tomatoes for updates!

There are no featured reviews for Naughty Couple (Zhuang ban feng liu) at this time.