Necronomicon: Book of the Dead1994 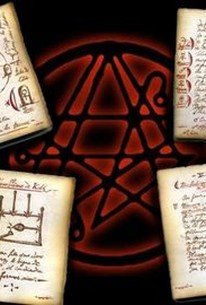 Necronomicon: Book of the Dead Photos

Three terrifying stories from one great author are brought to the screen in this anthology. Famed horror writer H.P. Lovecraft (Jeffrey Combs) peruses the infamous "Book of the Dead" as he flashes back on three of his own stories. In The Cold, Mr. Madden (David Warner) is a scientist who cannot tolerate warm temperatures; when he falls in love with a beautiful woman who lives in the same boarding house, she learns the startling secret behind his condition. The Drowned concerns Edward De La Pore (Bruce Payne), who inherits a dilapidated mansion from his uncle and discovers the horrifying truth about both his family and his new home. And Whispers tells the tale of two policemen who encounter Mr. Benedict (Don Calfa), who is a denizen of a terrifying subterranean community. Necronomicon was produced for European television in 1993, but it did not see an authorized release in the U.S. until 1996.

Sebastian White
as Policeman No. 2
View All

Critic Reviews for Necronomicon: Book of the Dead

Audience Reviews for Necronomicon: Book of the Dead

A fun adaptation of some of Lovecraft's tales related to the Necronomicon but also a very messy movie at that. The most interesting stories are the worse directed and acted and the best talents wasted on the middle story which is too boring and actually, one of Lovecraft's lowest and most uninteresting short stories. A good ride for the fans but overall, too messy and rushed to be truly memorable.

Necronomicon: Book of the Dead Quotes