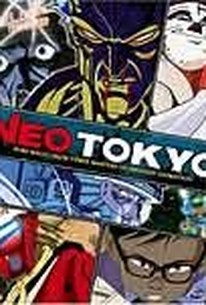 Neo-Tokyo consists of three fast-paced tales set in a surreal cyberpunk landscape. Most of the tales center around either cops pursuing criminals or criminals running from the cops -- none of the stories has a great deal of psychological depth. What makes this film an essential part of the animae canon is its particularly wonderful and inventive envisioning of the Tokyo of the future (which, in America, always seems like the Tokyo of today). As the late twentieth century counterpart to early modernist city symphonies and mid-century noirs, Neo-Tokyo has a good deal to say about 21st century metropolitan life and its effects on the human condition. It's merely icing on the cake that it does so with a fabulous blend of humor and technological terror. ~ Brian Whitener, Rovi

There are no critic reviews yet for Neo Tokyo. Keep checking Rotten Tomatoes for updates!

There are no featured audience reviews yet. Click the link below to see what others say about Neo Tokyo!