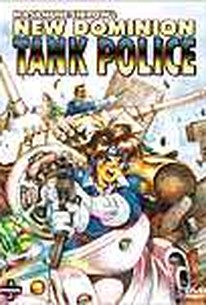 The year is 2016. The place is New Port City. The Tank Police are still waging a desperate war on crime, and their tactics are still highly questionable. Mayor Weatherby is trying to pass a bill banning certain weapons from the city, which makes her a target of the Dai Nippon Geiken Corporation, who are now manufacturing mobile weapons that even the Tank Police may not be able to stop. Dai Nippon Geiken is also connected with the murder of Leona Ozaki's former partner, Charon Ishira, making the battle all the more personal for the Tank Police's number one officer, who will stop at nothing to avenge her partner. But can she pay the high price revenge calls for?

There are no critic reviews yet for New Dominion Tank Police (Tokusô sensha-tai Dominion). Keep checking Rotten Tomatoes for updates!

There are no featured reviews for New Dominion Tank Police (Tokusô sensha-tai Dominion) at this time.