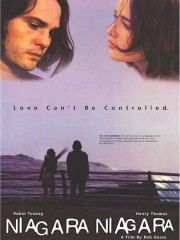 William M
½ July 23, 2018
Starts off with improbable premises and descends to the depressing! Don't waste your time like I just did!

James H
June 24, 2018
Robin Tunney is so good, this is a seriously underrated movie. with underrated performances by a fine cast and director. The story is funny, romantic, dramatic, complicated, and tragic.

Blair K
½ May 23, 2013
very good movie and you feel for the main characters b/c they both have their issues and just trying to make their way in the world. ultimately sad but compelling as well.

Cody Y
½ April 12, 2013
Beautiful. The ending I found a bit awkward, but the brilliant photography and Robin Tunney's acting make up for it. More than the sum of its parts.

Lauren S
½ November 15, 2011
i feel like this movie, beyond its faults, was well acted and very effective.
i must say though, i will NEVER watch this again. felt soulless and dead for roughly a month.

Chris H
½ September 14, 2011
A great film. What a wonderful and touching relationship between these two, as they struggle to cope both with simply getting to where they want to be and with Marcy's unique kind of tourettes (less the swearing kind, more the violent tantrum and tick kind).

Thomas' Seth is clearly a sweet and loving guy, who puts up with all kinds of crap from his father and then has to deal with Marcy's problem too (he's very understanding, and only loses it with her occassionally). I watched this as I'm watching through all of Tunney's films (and Parks' too), and this performance and film ranks among her best indeed. I'd put it alongside or just above Cherish (2002).

Being a big Parks fan, I thought this was a really cool role for him. If I had seen this before I compiled my Greatest Parks Performances list for the site I work for I probably would have thrown it in, but I didn't have a copy. Although it's a farely short role, his character was quite pivotal and it's admirable the way he (we assume) forgives them even though Marcy attacks him severely.

The Stephen Lang cameo was nice too (though I noticed the dubbing when he was shooting at them outside sounded weird).

The ending was sublime. It confused me at first, as it seems to contradict itself by showing Seth clearly jump into the water, then showing him land on ground just fine, then I realised him lying to Parks' character in the letter was the tip off - like how he pretended everything ended happily in the letter, when it fact it was horrible and she died, the real ending here was him jumping into the falls and killing himself, and the walkway landing was a false "don't worry, everything's fine" fantasy ending, akin to the letter. There's a tiny bit of ambiguity to it, but I think once you realise what the writers are getting at, the above is undoubtable the answer. What a great way to end this love story; it ranks among the best film endings I've seen in a good while. I loved the way he walked along the bar before jumping off too.

As I read someone say on IMDB, it is indeed akin to a typical Greek tragedy, where each main character finally finds of something of substance, only to lose everything in the end.

I sympathise with Seth totally - I think I would have jumped to, had I been through what he went through. I admire his courage and calmness in the way he did it. Also, what better way to go than off of Niagara Falls.

The main body of the film is a 4 for me, but that ending really grabbed me and made the film worth the extra half a star. This one will stay with me for life I think.

It aggravates me that this is another great film that isn't readily available to buy on DVD. I'm eager to own a hard copy.

It's so cool that Thomas will be guest starring in The Mentalist Season 4, alongside Tunney. I imagine SO many people will miss the significance of that casting choice.

Cody Y
½ January 22, 2010
Beautiful. The ending I found a bit awkward, but the brilliant photography and Robin Tunney's acting make up for it. More than the sum of its parts.

Casper P
December 28, 2009
dumbest movie i ever saw!! i feel dumb for not turming it off earlier..lol

Mickie M
½ June 16, 2009
the best OUT OF NOWHERE B-side movie I've seen since my teenage years! I have been studying Tourette's Syndrome for a while since my theseis on it and this movie just took the cake!

shahin v
½ April 29, 2009
that's a good movie I think
Makes me remind the grunge generation I watched it during the night
and it makes me think of happenening in our lives

Julia S
½ October 11, 2008
damn. if this movie were any sadder it would have people shooting puppies in it. unusual story -- it keeps surprising -- and great acting from robin tunney. it's puzzling to me that bob gosse is going from directing something this mature, with this much psychological depth, to directing the tucker max movie.
Page 1 of 3