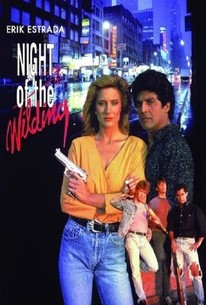 During the late '80s, a terrible fad, wilding, came into vogue among troubled inner-city youth. Wilding involved nights of insane revelry, violence, and destruction of anything and anyone in the path of a youth gang. This made-for-TV drama is loosely adapted from the tale of a female victim who was beaten-up and gang raped in Central Park during a night of wilding. Afterward three suspects are arrested and a notorious defense attorney is assigned the case. Unfortunately he isn't sure he wants to handle them as they keep killing anyone who stands in the way of their acquittal including the prosecutor, the attorney's still loved ex-wife.

Critic Reviews for Night of the Wilding

There are no critic reviews yet for Night of the Wilding. Keep checking Rotten Tomatoes for updates!

There are no featured reviews for Night of the Wilding at this time.

Night of the Wilding Quotes