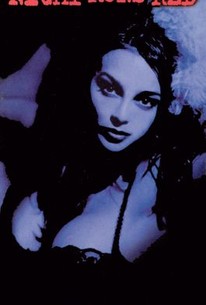 Love and larceny make for a dangerous combination in this film noir-influenced urban thriller. Charlie comes from a crime-ridden inner-city neighborhood, and after running afoul of the law and spending some time behind bars, he's all the more determined to make a big score and get away. Charlie meets up with his former girlfriend Eve, who these days is seeing Slim, a small-time drug dealer eager to move on to bigger and better things. Eve discovers Charlie has landed a new job driving a truck for an upscale auction house, and she dreams up a plan where Charlie will tip her off when he has an especially valuable cargo, and she and Slim will "hijack" the truck and take the goods. Charlie is initially dubious, but he's strongly attracted to Eve and willing to be talked into anything she wants him to do, though it doesn't take long for her "foolproof" plan to go horribly wrong. Night Runs Red stars Elaine Del Valle, Dell Maara, and Seth Emers.

There are no critic reviews yet for Night Runs Red. Keep checking Rotten Tomatoes for updates!

There are no featured reviews for Night Runs Red at this time.